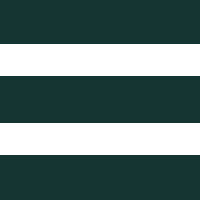 I am an undergraduate researcher at the Irshick Lab at UMass Amherst. The lab uses photogrammetry and 3D modelling to aid in conservation and study animal physiology.


I'm working with the Liu lab at the Harvard School of Engineering and Applied Sciences to create figures for publications.

I'm also working with Van Wallach from the Harvard Museum of Comparative Zoology as a scientific illustrator to create visuals for some of his publications. The paper for Ramphotyphlops mollyozakiae can be found here.


I have worked with Joe Martinez from the Harvard Museum of Comparative Zoology to help monitor frog reintroduction at Mt. Auburn Cemetery by analyzing frog call recordings using Kaleidoscope, a sound analysis program.

During summer 2020, a student team and I worked with Dr. Jordan Mora and other staff at the Waquoit Bay National Estuarine Research Reserve (WBNERR) to use their data to create graphics, brochures, and other resources to help communicate their water quality data to the public.

We also created exhibit resources for the visitor center at the Waquoit Bay Research Reserve.

During previous summers, I have participated in Waquoit Bay Reserve's TIDAL Quest program several summers in a row (2016-2019), collecting water quality data for the "Bringing Wetlands to Market" project, conducting ecological surveys, and studying the natural history of the bay and its estuaries.

I illustrated and designed a deck of reptile and amphibian themed playing cards in light of global amphibian decline and to shed light on the diversity of herpetofauna. This project was 50% funded in its first 24 hours on Kickstarter. Tale of Scales received over $6,000 in preorders from over 200 backers in countries all over the world.

I have been selling extra decks and donating portions of the profits to wildlife conservation and education efforts such as the Advocates for Snake Preservation, AXOLOTITLÁN, and the World Wildlife Fund.

Tale of Scales has recieved a Gold Key from the Scholastic Art and Writing Awards and received the Virginia M. Diani-Adams Award at the Massachusetts Art Education Association Emerging Artists Exhibition.

This project is constantly evolving, and I am working on bringing these playing cards to physical vendors and retail. It can be purchased here.

I set up an online store for the Advocates for Snake Preservation (ASP) to help fund their research through passive fundraising. My designs reflect the themes of their "Living with Snakes" and "Stop Snake Slaughter at Rattlesnake Roundups" campaigns. You can find more of the illustrations here.

I run a YouTube channel with an audience of 20,000 subscribers under the name 'Haasio Draws', where I draw and animate, sometimes as an environmental or herpetological activist. I also create drawing tutorials, critique videos, and animated shorts.